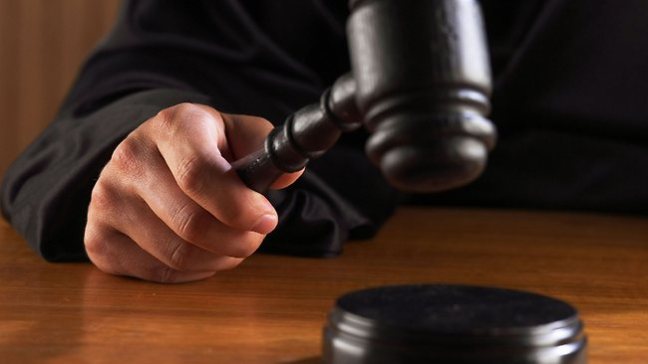 In his farewell address, Barak Obama made his usual eloquent plea to get politically involved. If you don’t like the way your school board, town, city, state or country is run, jump in. The outgoing U.S. president’s subliminal message: Donald Trump won because of apathetic, disengaged Americans who don’t vote, don’t show at meetings and don’t inform themselves. Want to see Trump and the Republicans ousted? Show up ready to work. Bring a lunch.

At the heart of Obama’s message, this reality: The I-don’t-give-a-damn lobby is far and away the largest voting bloc in North America. I use the term ‘voting bloc’ because of the effect not voting has on the democratic process. Non-voters give those who vote greater influence and bestow unearned legitimacy on those elected.

Trump was chosen by less than half of the 52 per cent of eligible voters who actually voted, roughly 23% of the U.S. voting population. Lest we get smug, Canadians elected the Trudeau Liberals with 27% of the total eligible vote.

…which brings me to a thread on my WordPress site suggesting those who challenge the words and actions of elected politicians should either put up or shut up.

Let’s start with the meaning of the words ‘public service.’ Public service doesn’t begin on Election Day. It doesn’t begin when one files one’s nomination papers or when one is sworn in. Public service starts with a basic grasp of how society’s political, legal and economic systems work. Public service prerequisites include learning how to read a financial statement, how to access information, citizens rights and the responsibilities of elected officials. Some of this is taught in school. The rest is what I call lifelong learning.

For me, the process started in high school. I joined the debating team. We were taught Roberts’ Rules. We learned the elements of Socratic discourse, Marxist dialectic and parliamentary debate. We were educated in how different political systems work and don’t work.

I went on to Loyola College, which in those days was affiliated to the Université de Montréal and run by the Jesuits. There, this Presbyterian was exposed to liberation theology and the Jesuit belief that one must be able to take either side in a debate to earn the right to an opinion.

Most of what I know about Canadian democracy was acquired in my 50 years as a reporter, editor and commentator. I covered both generations of Trudeaumania, René Lévesque and his PQ successors, Brian Mulroney and Jean Charest, both referendums, the October and Oka crises, Claude Ryan and Reed Scowen. I also got to know mayors and city managers – Jean Drapeau, Mae Cutler, Peter Trent, Hazel McCallion, Malcolm Knox, Bill McMurchie, Jean Doré, Michael Fainstat, Pierre Bourque, Gérald Tremblay, Gérald Vaillancourt, Michael Appelbaum, Frank Zampino and scores more. Some are deceased, some are in jail or headed there, but every one of them taught me something about how politics works and the meaning of public service.

Throughout my journalistic career I’ve avoided being sucked into politics. Twice I broke that rule. Once was when I was invited to participate in a 1991 estates-general where Quebec’s Liberal interprovincial affairs minister Gil Remillard laid out the five conditions for Quebec’s signature on the 1982 Patriation Act. I was working as a CBC TV reporter and had been cautioned by my boss against being caught in a conflict of interest. I counted on my presence going unnoticed until my name appeared in Joe Armstrong’s 1995 diatribe Farewell the Peaceful Kingdom: The Seduction and Rape of Canada. It was my lesson in the essential nature of journalistic objectivity.

The second time was over a five-year period beginning in 1995. I was a talk show barker, first on CJAD, then on CIQC. I deliberately scrapped my journalistic objectivity in interviews and discussions involving Quebec independence. I spoke at anglo-rights rallies. I derided my French-language colleagues for what I saw as their biased coverage. My rants got me sued by then deputy PQ premier Bernard Landry. I acquired — and still own — the Bloc Québéois name in Quebec so I could mock them for being a federally chartered political party dedicated to the breakup of Canada. I grew to love being able to polarize opinion. My ratings showed how easy it was to fire people up.

I found no satisfaction on radio because I knew I was betraying the trust of journalistic objectivity and the discipline imposed by the written word. I still miss radio’s immediacy and reach, but it was far too easy to play to one’s audience, to pander to their prejudices and fears. When the radio gig ended (that’s showbiz!) I returned to print journalism with a vow to keep the faith of journalistic objectivity when it came to reporting the news.

Eventually I moved back to Hudson because Louise and the Gazette Vaudreuil-Soulanges needed me. The last 15 years I’ve spent exploring the distinctions between objectivity, neutrality, balance and equivalency with the help of a succession of incredibly bright, driven young reporters who quickly grasped the nuances. We were objective without being neutral, balanced without striving for equivalency. We broke major stories by digging while others would send their stenographers to news events, regurgitate the content onto newsprint and airwaves and go home. Together, we re-wrote the book on community journalism.

Since the October 2014 closure of the paper for reasons beyond my control, I’ve concentrated my efforts on developing a virtual community newspaper on social media. This week, Facebook announced it was doing the same, leading Canada’s remaining publishers to announce their own initiative to keep social-network advertising dollars in Canada. Watch for this sector to explode within the next year or two as news consumers seek voices they know and trust.

In the meantime, I keep my writing and newsgathering instincts alive by blogging on WordPress and posting on Facebook. Both are transitional. As Louise is fond of reminding me, people who spend their time on social media are looking for affirmation, not information. Most Facebook threads remind me of those overnight talk shows where the same people call to say the same things night in, night out. We can and will do better. Much better.

Although we’ve all heard the rumours about people intending to seek election or re-election, the only person who has confirmed to me that he is running is Rod Hodgson, one of Hudson’s longest-serving town employees. Rod says he’ll be running in District 1 (Como). I’m sure Rod will be a valuable member of council. He knows Hudson’s nooks and crannies, having crawled into most of them. The way I measure prerequisites, Rod is seriously overqualified for the job.

I’m sure there are plenty of other Hudson residents out there equally qualified. From the comments posted on thousandlashes, I sense there’s general interest in taking our conversation to the next step. Here’s what I’d like to see accomplished before nominations close:

– The creation of a citizen’s caucus. Some will see this as a direct challenge to the authority of the council and administration. With respect, how is an unelected, unrepresentative citizens’ group able to challenge anyone’s authority? Residents who volunteered for this administration’s strategic planning subcommittees have told me of their disillusionment with the process. I can’t bring myself to blame anyone. We elect a mayor and council to oversee the administration in the performance of their duties on behalf of all citizens. Whatever their expectations, advisory groups are not elected and therefore unaccountable.

I see an arm’s-length citizen’s caucus as an essential first step in recruiting qualified candidates. I’ve often wondered why Hudson has never had much luck attracting enough quality candidates to make most municipal elections a real choice. As Eva McCartney notes, council seats are far too often filled by acclamation or if, there’s a contest, to prevent an acclamation. That isn’t much of a reason.

– Discussion of real issues without polarization, confrontation or publicity. My New Year’s resolution is to fight the temptation to rag on the current administration and its elected members (there will be plenty of that once the campaign begins). Nor should anybody expect a coherent, informed discussion at a monthly council meeting, especially during a question period. People need to understand that for the mayor and council, the public meeting is the final step in a process which included a working table with town hall staff and a caucus meeting the week before. By the time they’re presented at council meetings, resolutions have already been discussed and approved. Adoption is a legal formality.

– Set new governance goalposts, beginning with transparency and accountability. I’ve watched Westmount’s Peter Trent redefine the planning process to add public consultation on any project that could impact on public spaces. Hudson residents have been told time and again council’s hands are tied when it comes to planning secrecy. I don’t believe that to be true. Likewise, essential data should be posted on the town website as soon as it can be made available. The municipality complains about being swamped with access-to-information requests. Why not post everything as soon as possible as a matter of routine unless there’s a specific reason not to do so? Better still, why not stream council meetings live?

– Get more people involved in the process. Anyone thinking of seeking office should begin attending council meetings, starting next week (the agenda should be posted on the town website by the end of the day tomorrow). Attend. Listen. Observe. Read the documents handed out. Learn what they mean. Repeat for the next nine months, when this council is dissolved prior to the election. Watch for special meetings called with 24 hours notice.

To summarize: it’s way premature to talk about candidates for the mayoralty and council. My public service assignment is helping others set up a framework for discussion, possibly but not necessarily leading to nominations. As Obama said, democracy isn’t pretty and it can be bloody. I’ll settle for not drawing blood.

I’m curious about your reactions. Anyone interested in talking about this in confidentiality can email me at duffcraig48@gmail.com, message me on Facebook or call me at 450-458-5353.

One thought on “Public service prerequisites”